Recently a friend suggested to me that Helladic.info was a natural candidate for Pelagios Commons. 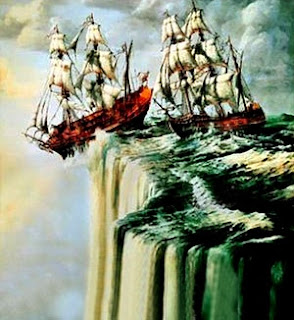 Sites of classical learning being assimilated
into Pelagios Commons/Peripleo

‘Absolutely not’, I replied.

And then found myself tongue-tied because I couldn’t adequately express why not.  So that’s what this blog post is about.

Pelagios Commons is an effort to bring together a large number of websites (themselves all concerned with various aspects of Classical learning) under a single umbrella and, in some sense, merge them into a common resource.  Pelagios is, in computer parlance, a 'front end' or 'concentrator'.  They perform no original scholarship; they take the results and research of various other sites, smash them into homogeneous factlets, and then spew them out again through their results engine which is called Peripleo.

Since they contribute nothing to scholarship itself, what is it that Pelagios Commons is really trying to accomplish?  They are trying to demonstrate that Classical Studies, in all its forms, is suitable for, and can be represented by, something called 'Open Linked Data'.
What is ‘Open Linked Data’?
Wikipedia defines ‘Linked Data’ as:
‘In computing, linked data ... is a method of publishing structured data so that it can be interlinked and become more useful through semantic queries.’[2]
(emphasis is mine)

(‘Open Data’ is merely linked data which has no copyright or other usage restrictions.)
‘Open Linked Data’ might be visualized as an enormous network of little fact nuggets.  The ‘interlinking’ mechanism is, of course, the internet but the underlying goal is given in the definition – it is to facilitate ‘Semantic Queries’ and to make the entire congeries of facts ‘more useful’.
It’s the ‘Semantic Queries’ part which gives it away – Open Linked Data is, conceptually, part of the Semantic Web of Tim Berners-Lee.  Now I’m opposed to the idea of any scholar's wasting their time on Semantic Web efforts and have blogged about it here.  I strongly urge my readers to go back and read that entire post but I reproduce the conclusion here:
“And no automation can replace scholarship.  By scholarship I mean the several activities of gathering evidence, organizing, patient collation, reflection, judgment and the expression of these activities in the form of essays, books, diagrams and, yes, even in the form of web sites or blogs.  There is no grand slam against reality; no Tower to the Heavens that we can build that will let us storm the citadel of knowledge.   We have to patiently scrape away at the matrix of the Unknown with our small intellects in order to see it more plainly.”

I oppose the Semantic Web because it is a totalizing (and trivializing) view of knowledge that is inappropriate for fields in the Social Sciences such as Classical Studies.
For example, as the proprietor of Helladic.info I take my field to be the locations of Bronze Age sites.  So far, there are about 2400 such sites in my database and it seems as though site locations would be prima facie appropriate for an Open Linked Data approach.  But it turns out that there is ambiguity about nearly every one of those sites and many of them - as they stand in the DB right now - are likely to be wrong.  My database is not a database of sites so much as it is a database of scholarly arguments about the location and meanings of Bronze Age sites.  In other words, a database of ambiguities, many of which can never be resolved.   And if this is true of relatively straight-forward things like lat/lon pairs how much more true must it be of other Social Science topics in Classical Studies?  Where will we find the semantic web approach to Slavery in ancient Greece and Rome?  Where will we find the Open Linked Data representation of the efflorescence in Fifth-century Athens?  Where will we find the automated web-linked explanation of the collapse at the end of LH III?  Oh, but I forget.  There are available simple fact-based answers, suitable for the Semantic Web, on all these topics.  For example:
Slavery was a bad but necessary thing for Greece and Rome in an age with no petroleum, electricity, or engines.  Classical Athens experienced an efflorescence in the Fifth-century because of the indomitable Will of its people and their love of Freedom.  Mycenaean civilization collapsed at the end of LH III because some Invaders from the Sea destroyed everything.
But I exalt myself onto a plane where I do not belong.  Tolstoy was here long before me.  The famous chapter 1 in Epilogue 2 of War and Peace is perfectly ready for semantic net representation. [2]
Open Linked Data is a trivializing approach to knowledge.
Ready for your close-up, Mr. Gradgrind?
Notes
[1] It's pointless to footnote Wikipedia but the above quote was taken from the article 'Linked Data' on February 9, 2018.
[2] "Louis XIV was a very proud and self-confident man; he had such and such mistresses and such and such ministers and he ruled France badly. His descendants were weak men and they too ruled France badly. And they had such and such favorites and such and such mistresses. Moreover, certain men wrote some books at that time. At the end of the eighteenth century there were a couple of dozen men in Paris who began to talk about all men being free and equal. This caused people all over France to begin to slash at and drown one another. ..."