In 1970 a hoard of bronze axes and other objects was found outside a town called Katamachi in Ioannina (Epirus). [1]  It was found by a shepherd who was taking his flocks far up the side of Alysos or Vritzaha and at well over 1000 m.  They seem to have been deposited by some itinerant smith of the LH IIIB-C who had every intention of coming back for them.   Mount Alysos (Vritzaha) is here 39.468391 N, 20.645149 E.  But where was the hoard found?

The only information we have about that is in a photograph from the AAA of 1972.[2] 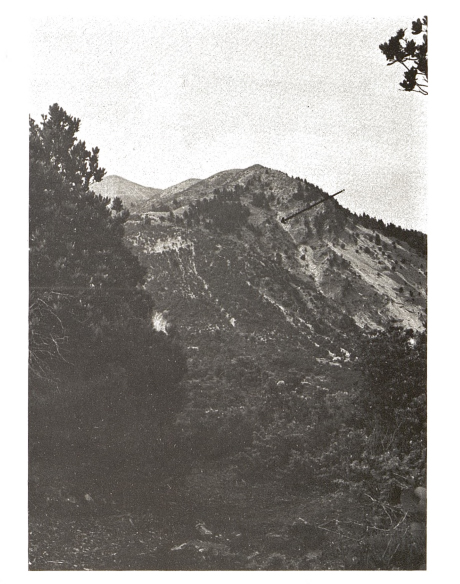 Oooff!  What are we going to do with this  photo?  One of the reasons I write this blog is not just to recreate photographs but to show how much life there is in these old scholarly snaps.  A few judicious passes in Photoshop and we have this: 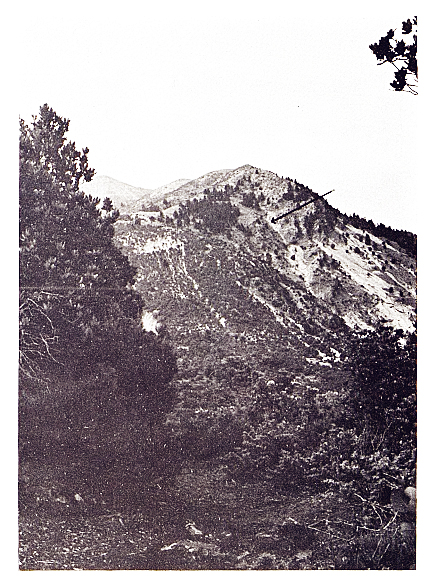 1. Contrast range restored with a curves control.  That got rid of the ghastly artifacts in the sky and it definitely improved the brightness range.

2. Since this was ostensibly black and white I selected the luminosity blending mode to dump the color (there are other ways of doing this).

3. The photo was then sharpened - a lot.

4. I still didn't like the brightness range so I implemented another curves control.

5. The result appeared yellowish (probably my monitor) so I put a dark blue layer over the whole thing and then set it to screen mode.  I then turned the opacity down to 37%.  That gave it a slightly blue cast in the shadows but the blacks definitely looked much better.

6.  I touched up the brightness range with another curves control.

There's a lot more visible in the final result than there was at the start.  Almost all scholarly photos would benefit from judicious post-processing.  Scholars and researchers are often reluctant to do this because they think that they're falsifying the photo.  But a photo is never any kind of absolute truth.

Now that we can see where the treasure was found (hint: the arrow) we have to see if we can reconstruct this image in Google Earth.  If that can be done then we have a shot at locating the find spot quite accurately.  After a little work I produced this: 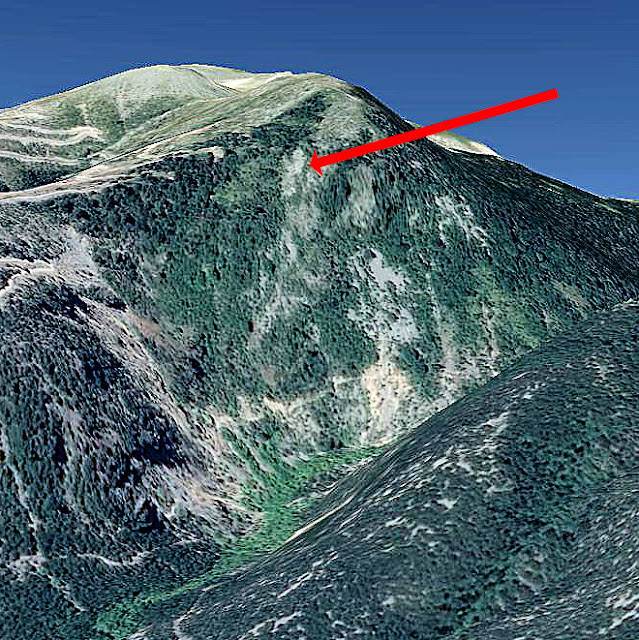 Well, things have changed over the last 47 years but I'm reasonably certain that the pale spot, a scree or rock-fall, under the black arrow is the same as the pale spot under the red arrow.  If that's the case then the hoard was found within a few meters of the spot at  39.480157° N, 20.645232° E.

There's a close-up of this scree where the hoard was found: 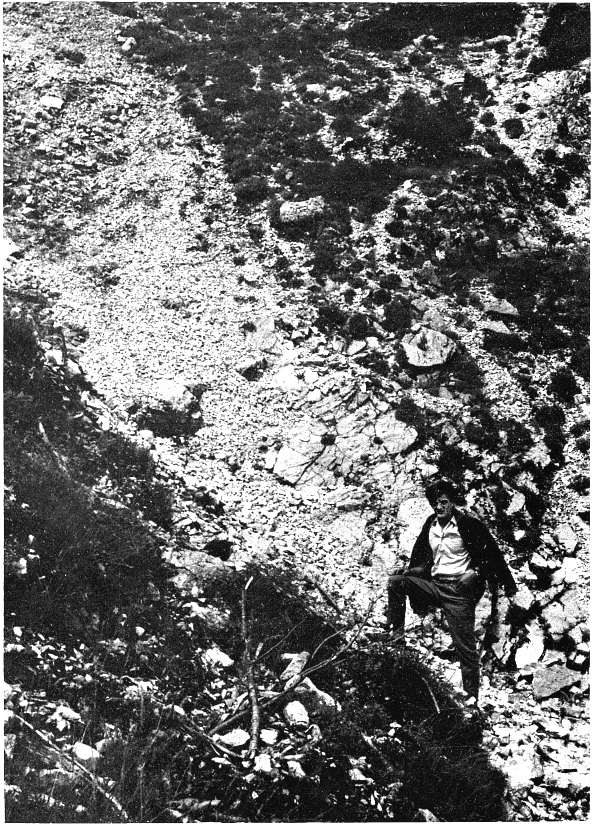 This is the man who discovered it; a goat-herd from the vicinity.  Here he stands at the base of the scree where the hoard was found. [3]

1) Old photographs, even for scholarly purposes, have a lot of life left in them given the right post-processing.

2) Photographs need to be explained.  We need to be told what we're seeing and not just shown.

3) Reconstruction of photographs in Google Earth (or other visualizing product) is one way to retrieve accurate locations for things - even a nearly invisible scree on the side of a mountain.