Icons for the Mycenaean Atlas Project

Three years ago when I first began to develop the Atlas of theMycenaean Bronze Age, I had an image in mind of a landscape scattered with icons that indicated what was found where.  I wanted a picture of the landscape of the Bronze Age.  Of course the work of specifying actual locations for Bronze Age find spots came first.  And up until now the web site has simply displayed orange paddle icons for any find whether it was a palace or a single potsherd.  It looked like this:

Not very helpful to be confronted with a map that was thickly populated with this icon because each icon had to be clicked on before you could tell even roughly what it was.

Now I’m pleased to announce that I have implemented a full range of pictorial icons that give some idea what a particular find is.  First is the ‘habitation’ icon

Currently this will be used to designate any habitation, house, building, palace, etc.

The artifacts icon will be used to symbolize any site from which the most significant finds consist of more than sherds.  So axes, blades, figurines, pins, loom weights, etc. will be symbolized with this: 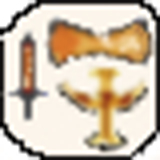 This icon depicts a sword, an ax-head, and a psi-figurine.

Cemeteries will be symbolized with this icon: 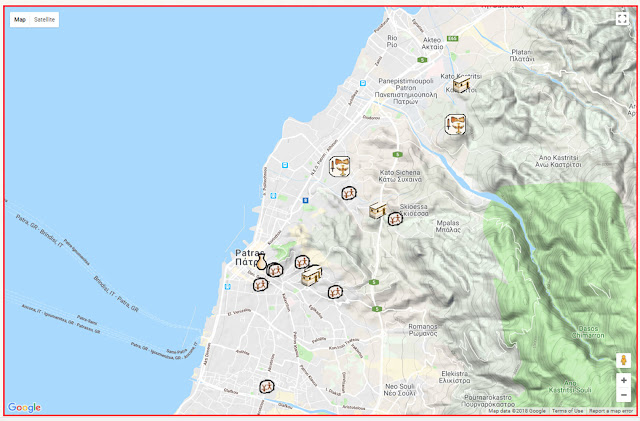 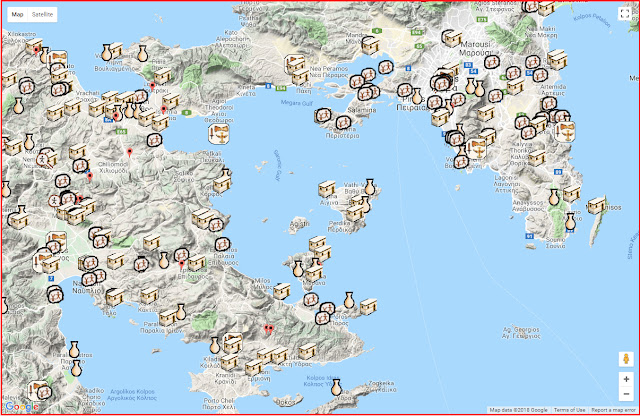 Software elements on the helladic.info website have been updated to support the new icons.

In addition to the icons there is a new database which was delivered on March 2, 2018.  It adds sundry minor corrections as well as thirty new sites, primarily in Crete.  The new DB is rev 0053.

On Google Plus I am     Robert Consoli

You can e-mail me at  bobconsoli   at   gmail.com

If you'd like to have a copy of the Mycenaean Atlas database then e-mail me and tell me what your project involves.